A Message From The Mayor

On behalf of the Board of Trustees, I welcome you to the Village of Chester’s website.  The site was designed to enlighten our residents and businesses about the many services and activities we have to offer.  Whether you’re visiting here for business, vacation, or have lived here for years, we welcome you and hope you find your visit to this website a pleasant one.  We encourage you to use this website to assist you in finding information about the Village of Chester and this area.

Thank you for visiting. 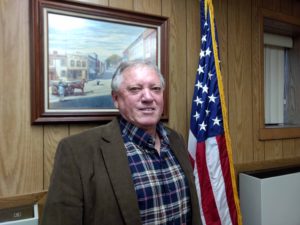 Since joining the Village Board of Trustees, Mayor Bell and his Board have successfully coordinated created a summer concert series that have drawn many spectators from all parts of Orange County to this small Village revitalizing Downtown Chester. Mayor Bell has also worked with local residents, civic societies and the local schools to reestablish a sense of community through local events such as the Christmas Parade, Downtown Business Christmas Window Decoration Contest, and the Village- Wide Garage Sale events just to name a few.

On a more challenging note, Mayor Bell and the Village Board of Trustees have initiated the process of formulating a comprehensive plan and contracted a planner with hopes of maintaining character, beauty and amenities that will define the Village of Chester and its constituents. Mayor Bell has also been able to secure a couple of grants to build an amphitheater in Downtown Chester. The facilities will host growing summer concert series.

Mayor Bell loves to spend time with his family in Chester and is honored to serve the residents and community of the Village of Chester. 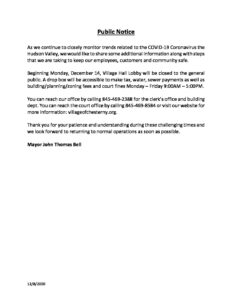